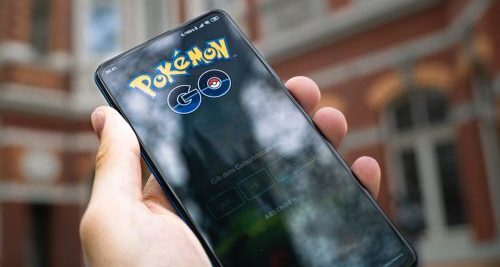 Niantic has recently launched Lightship, a suite of tools including an Augmented Reality Development Kit to essentially compete with Apple and Google on iOS and Android.

Having an enormous database of mapped world data and contextual information, acquired from games such as Pokémon Go, on top of deep technology that runs on regular mobile devices, they will jump right into battle with a big advantage. Will it be enough for them to become the leading AR platform for mobile developers?

This May, Niantic has officially launched their developer platform under a new name — Niantic Lightship —, offering broader access to the new Augmented Reality Developer Kit (ARDK), enabling developers to build their own immersive, imaginative and unique AR applications.

While there are already other AR SDKs in the market with more usage and breadth, including Apple’s ARKit and Google’s ARCore, Niantic brags itself of having more than 13 million user-generated points of interest from Pokémon Go and other games it has been developing since 2012.

In addition to movement (more than 17 billion miles, or 28 billion kilometers, have been traveled by their players) and real world social interaction (encouraging people to get off their couches), this crowdsourced world mesh is a key component of Niantic’s long-term strategy of becoming the leading augmented reality platform.

What to expect from the platform?

Developers from all over the world using Niantic Lightship will be able, for instance, to create a unique experience at a local boulangerie without ever having to scan or map a street from France.

This Content anchoring system will enable better exploration and social interaction activities than regular AR apps created solely on top of Apple or Google’s technologies. Visual Positioning System and localization will make it possible to store and share persistent data at a real-world location, enabling experiences to be enhanced or continued by other users at a later time.

The company is also doubling down on its AR technology, bringing a powerful Depth API that does not require LiDAR scanners, currently only available on high-end devices, such as the iPhone 12 Pro. This will enable regular users to experience virtual content blended into the real world, tricking our brains of the combined picture.

Semantic Segmentation will also help apps classify what’s in the environment, separating the ground, the sky and buildings in the same way as you see in Instagram filters.

In addition, Meshing will create real-time, persistent 3D maps of your surroundings, enabling realistic “physics” AR interactions, such as a bouncing ball against the wall.

With all these components from Niantic’s vision in place, they hope developers will build better Augmented Reality content that really makes use of the real world.

When asked about what kinds of applications they expect from developers, Niantic’s Senior Product Manager answered that exploration, social interaction and exercise is what they think will get the most value out of the Lightship ARDK. She is really curious about what augmented reality brings to travel, and how users can get out and explore the world, sharing content and inviting others to see the physical world come to life.

Although Niantic Chief Research Scientist says the company has currently no plans to bring Lightship to the mobile browser, R2U still believes that Web AR is the easiest way for e-commerce stores to make use of the technology, since most retailers cannot afford the high development and customer acquisition costs of a mobile application.

We will continue to watch closely to Niantic’s moves in the AR space, participating in the development and usage of the next generation of immersive experiences on the web.

Is Augmented Reality for your business and your clients?

How to increase e-commerce sales with Augmented Reality

1 de julho de 2021
R2U uses cookies and other similar technologies to improve your experience and, by accepting and/or continuing to browse, you agree to these conditions.
Read moreAccept
Manage consent