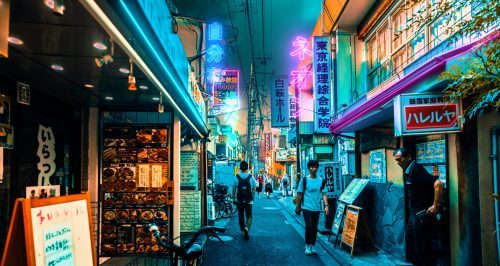 A Goldman Sachs research estimates that, until 2025, the Augmented Reality market will reach the mark of US$ 80 billions in profit.

Among the applications of the technology, we can already find its use by corporate marketing and promotional actions by digital agencies.

There are plenty of benefits between the union of Augmented Reality and Marketing, and here we’ll find its 3 main advantages, besides a list of successful cases brought to the market.

One big advantage of Augmented Reality use in promotional marketing lies in the amplification of the reach in promoting products and services, given the viral potential of the technology as an innovative one.

With an amplified reach, companies profit with the reduction of client acquisition costs, in other words, reducing its average cost to close new deals, considering its expenses with marketing and sales.

And don’t fool yourself by imagining this technology as an inaccessible one! At the beginning of this year, a worldwide research by ARtillery showed that less than 60% of the devices equipped with the technology for Augmented Reality experiences have already been used for it.

Because of the immersive experience proportionated by Augmented Reality, marketing professionals have in their hands a tool that, besides informing their public, creates connections with possible clients.

With the technology, they can create advertisements that invite users to relate to the brand in a more profound and durable way.

People use to remember more of those brands that impact them positively, and these sentiments are a great incentive to future deals.

Immersive advertisements bring the sensation of being part of the advertising, more than being just an observer.

A great advertisement is that which brings results, right? That’s where lives the biggest contribution of Augmented Reality for the promotional marketing: it allows users to visualize products and to clear doubts, easing buying decisions, enhancing sales results and reducing logistics costs.

Without a doubt, the possibility to digitally visualize an item in our space with the aid of this technology is a great incentive to buying.

Nowadays, it’s already possible to visualize a sofa in your room to compare it to the rest of the space, or to visualize a stove and see if it fits in your kitchen; that, without the necessity of taking measures manually.

And, for that, you only need a mobile device with Augmented Reality technology.

Here in R2U, we create Augmented Reality strategies that exempt the use of an app and additional accessories, for the creation of successful promotional campaigns.

Now that we’ve talked about the main advantages of connecting Augmented Reality and promotional marketing, let’s see some examples of brands that invested in that strategy with success:

Pepsi’s advertisement in a bus stop

It is ordinary to use bus stops as advertising murals. Pepsi MAX used this concept in a totally different way:

In London bus stops, they installed cameras and a screen to overlap virtual objects on real recordings.

So, while the bus stop users looked to the screen hoping to see in it the refraction of its other side, like a simple wall of glass, they faced a tiger coming by, or a crater being opened over the sidewalk.

An innovator, involving and funny experience!

IKEA was one of the first companies to use Augmented Reality back in 2013.

At that time, they created an app for iPhone that project furniture of their catalogue using cellphone cameras.

That way, their clients could see if the size and color of their products fit in the space clients have at home.

They also invested in a Christmas special action in which people could project Christmas trees indoor to see how it goes.

With R2U Augmented Reality, you can offer the same experience, without the necessity of creating an app. Check here how.

In Brazil, Burger King created a strategy to literally burn the competition!

They inserted a feature in their app in which the users could scan any of the competitor campaigns and burn them digitally.

Besides the fun, the user won a free Whopper sandwich using the feature.

Lacoste developed an app that allowed users to scan their campaign icon to virtually try on shoes.

To do that, they used cam images recognition and Augmented Reality.

Toys “R” Us campaign for children

Toys“R”Us, in its turn, invested in an exciting advertising campaign, inviting children to use their tablets to search for Easter eggs inside their stores.

Once found, the vouchers inside the eggs were used to buy real toys in that store.

Like Pepsi did, a cable car stop was turned into a bloody scenario to promote the fifth season of the series The Walking Dead.

Using an out-of-home installation, a live video was overlaid by zombies projections, scaring who was seated there, waiting for their transport.

After the fright, the people enjoyed been part of the campaign.

Is Augmented Reality for your business and your clients?

Should you focus your sales strategy on the Shopper or the Consumer?

13 de agosto de 2021
R2U uses cookies and other similar technologies to improve your experience and, by accepting and/or continuing to browse, you agree to these conditions.
Read moreAccept
Manage consent