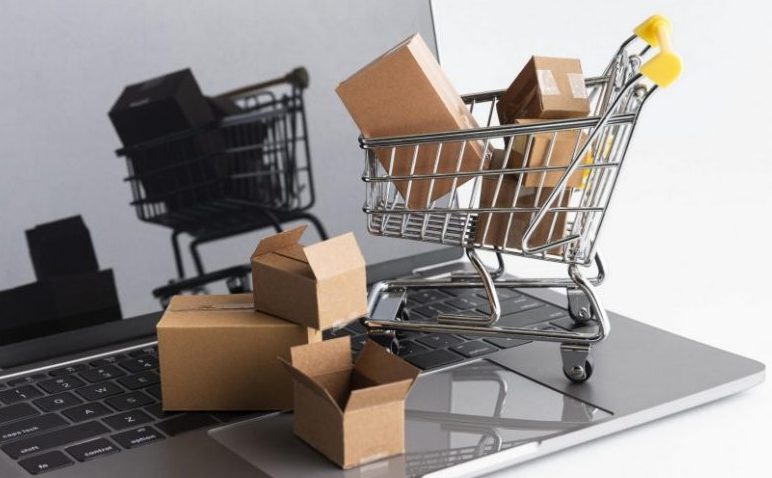 Have you ever imagined increasing sales in your ecommerce using Augmented Reality? It may seem farfetched, but this technology already represents a possibility that will generate growth for those who implement it today.

For those who still don’t know about this tech, we at R2U have written this post to show you what Augmented Reality is and how we can already use it to increase your online sales. Take a look:

What is Augmented Reality?

The integration between the real and the virtual world has been more than fiction for some time now. There are already companies that bring Augmented Reality and Virtual Reality out of futuristic films, making them more present in our day-to-day lives.

The augmented reality allows elements, such as a table or a stove, to be projected into the physical world, facilitating tasks like the online purchasing process.

Through the use of a cell phone, an ecommerce visitor can visualize the characteristics of the desired product with much more detail, mitigating doubts regarding product dimensions, colors and style.

What is the difference between Augmented Reality and Virtual Reality?

Although they may look similar, Virtual Reality and Augmented Reality have their differences, especially when comparing how to use them.

Virtual Reality creates an immersive environment with the aid of computer graphics. The idea is to recreate reality as a virtual environment in which we can interact with its elements.

An example can be seen in the game The Sims, which allows the player to simulate life through a character created on the platform. There, he can work, study, create social bonds and start a family, just like we do.

Besides that, it is common to use devices such as headphones, cameras, holographic headsets and even video game consoles to further magnify an individual’s immersion into this virtual environment.

On the other hand, Augmented Reality is used to bring an item to the physical world, creating an interaction between real and virtual elements, without modifying that specific space.

To illustrate, Augmented Reality allows a user to visualize how a bed would look in their bedroom or how a table would match in their living room. It’s about integrating the desired model into the actual space it would be placed in.

Experiencing Augmented Reality is much simpler and does not require expensive accessories like video game consoles or holographic headsets. The projection of virtual items can be done on the screen of your smartphone, in a quick and simple way.

Augmented Reality in the online store: why use it?

Unlike shopping in physical stores, online purchases make it much harder for users to examine product details. If someone wants to virtually buy a sofa, one must imagine everything from how the item will look like at home to which colors will match, all while running the risk of getting the product dimensions wrong.

Augmented Reality mitigates all these doubts. Users can visualize whichever product they desire in the real world, allowing them to clarify any concerns; all through the camera of a cell phone.

Advantages of Augmented Reality in the ecommerce

The use of Augmented Reality in the ecommerce brings several benefits to the shopkeeper, here are some of them:

How to use Augmented Reality in your ecommerce?

Augmented Reality can be applied in online stores in many ways to increase sales:

Did you imagine being one of the companies that are revolutionizing the market with the use of Augmented Reality? Do you want to achieve expressive sales growth in your online store this year? The R2U team can help you with all your doubts on the topic. Get in touch and join this movement.

How Industry 4.0 transforms the furniture sector

What is Phygital and how it connects to Augmented Reality

22 de julho de 2021
R2U uses cookies and other similar technologies to improve your experience and, by accepting and/or continuing to browse, you agree to these conditions.
Read moreAccept
Manage consent